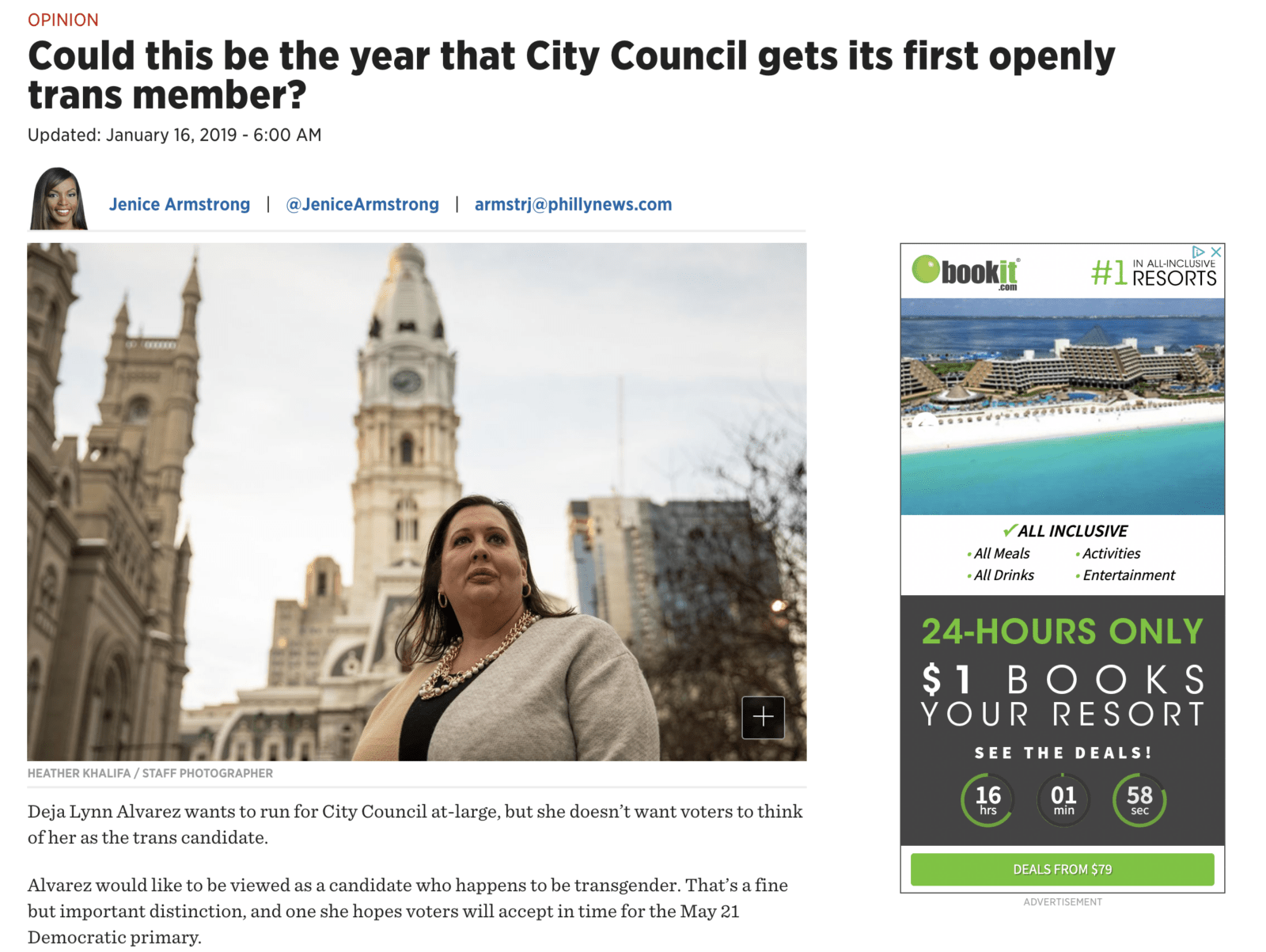 Deja Lynn Alvarez is the first trans woman to run for public office in Philadelphia. To help her build her platform, 96ANDX developed a messaging strategy and provided ongoing public relations and social media support throughout the duration of her campaign.

96ANDX conducted research to create messaging that would resonate strongly with audiences both within and outside the LGBTQ+ community, and subsequently developed a messaging strategy centered around key issues close to Deja’s heart — homelessness, addiction, and the local economy. 96ANDX then developed a launch release that communicated both her platform and her story.

96ANDX helped with the development of creative assets for the campaign and worked closely with Deja’s team to secure and coordinate press coverage locally, regionally, and nationally, resulting in millions of earned media impressions.